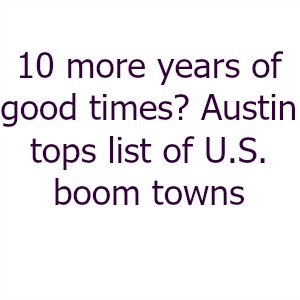 Austin is yet again lauded in another study as one of the best US cities that would show immense progress in 10 years. According to Forbes’ “America’s Next Boom Towns”, Austin is one of the best US metros that will grow substantially in 10 years based on its population rate, educational standing, income growth, unemployment and general population growth. Joining Austin as one of the top cities in the US that would show a steady growth are Houston, San Antonio and Dallas. According to Forbes, the inclusion of these Texas cities are due to their high job growth and national averages. Demographics also influenced these cities and their standing in the study.