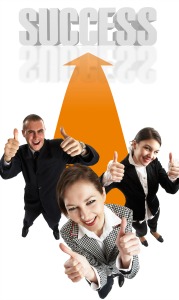 Summary: CEOs should let their employees decide which workspace is perfect for them as it would encourage them to be more inspired, connected, and productive.

Whenever a company needs to expand or relocate their office space, creating the perfect headquarters can be very challenging. For the professional learning platform company GLG, this problem is very true as they experienced a very difficult decision as to how they could bring the company to the next level with their newly constructed headquarters. However, they found themselves stuck between two choices when it came to designing the office.

The first choice the company had was utilize the traditional office design where there are private offices and cubicles, which many employees found very dull, unimaginative and difficult to work with. The second option, on the other hand, was adopt an open office plan which they believe is ineffective despite its popularity for the past 15 years. They have even discovered that open office space environments only disables employee diligence and reduces job quality and productivity.

While drafting the new headquarters’ office design, GLG had gotten some assistance from architect Clive Wilkinson, who introduce the idea of “activity-based working ABW”. According to this idea, people should be given a workplace that would work within their job function and activities and can transform itself at any given moment. To GLG, the ABW scheme works brilliantly because with the collaboration of top professionals within the corporation, the type of office scheme which is both flexible and worker-friendly can allow easier collaboration as the office space adapt to the entire development process.

Aside from the points raised by GLG, there are 4 more reasons why offices should reconsider using the ABW office design scheme.

Using the ABW ensures that employees are not directly distinguishable by their assigned desk or workstation. With the boundaries removed by this office scheme, the office would then become an open space that would make any work activity or function fit, especially for industries with various branches allotted to a specific specialization.

The scheme would also allow people to have the freedom to choose as to which project would they use the flexible office space. In the case of the GLG, they had organized a schedule scheme which would highlight the projects set for the space for the day. The company also ensured that large spaces were close to private meeting rooms to fit any number. “Neighborhoods” were also quite common in the GLG which would allow teams to discuss their project together. These neighborhoods have team tables and workstations while being enclosed in glass to retain privacy.

Employees vary as to how they work and which environments they prefer and can excel in. Some would be able to excel within office spaces permitting full interaction while others prefer privacy. There are also workers who would just need one or two items to continue work while some would just need a big space to dissect their work.

With the ABW scheme, everyone now has the power to decide as to how their workspace should be like. People would not be restrained to one place and they would just move around when their work requires it. In the case of GLG, private spaces are allotted to their employees to work in peace or seclusion while their materials and belongings are secured in the company locker rooms.

The idea also develop a sense of trust and empowerment to its employees because employees are now given the chance to determine how their workspace should be like and how it can be designed. For GLG, they have taken the suggestions raised by representatives from their various departments and discussed it with their designers. Not only did it make construction easier, but it had also enabled swift transition. Employees were also surveyed as far as their work habits and expectations were concerned in order to attest the difference of job performance before and after they used their new offices.. 91% of employees remarked that they were excited with regards to the impact of ABW to their work capability.

Nowadays, workers only use their laptops in order to conduct business. Telephones were also a thing of the past as software phones are compatible with their laptops and headsets. With the mobility offered by technology, employees can now work anywhere. Due to this mobility, it is crucial that the office space’s technology network would be compatible with the work demands of the employees and aid in improving their experience.

Companies flourish through the constant collaboration of its different departments and employees to create the perfect idea. With this in mind, office design should permit people to interact easily and at the same time, still possess areas for individual work. GLG took this idea by removing the desk assignment scheme and used long tables to promote larger meetings while they also allotted small tables and designated areas for small collaborations. In their survey, 98% of GLG’s employees saw huge improvements on collaboration in their new HQ and cooperation improved drastically.

Since their move 6 months ago, GLG reported that 80% of its employees have expressed happiness in working for the company and found their jobs easier and fun. Of course, GLG is just one of the few who took the risk and created a way to foster better work conditions for their employees. Their risk paid off and for companies lamenting on changing their office spaces, the GLG example should be considered because the ABW scheme would be perfect in aiding businesses flourish and make employees creative and boost efficiency.