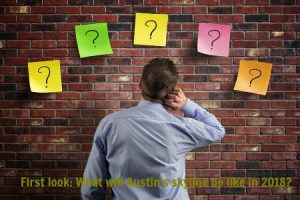 Read more about this here: The $50 million question: What will Austin's transit future look like?