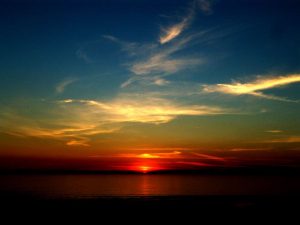 Spirits were high as I sat in a room full of hopeful entrepreneurs, city members, and local business owners during last week’s economic discussion given by Angleous Angelou at the Austin Convention Center. Angelou offered many insightful tips on the current Austin economic outlook and what lies ahead for 2011 and 2012.

As Angelou provided a high level overview of the U.S. economic landscape, his real focus was on Austin and how we’re faring compared to the rest of the U.S. We’re doing pretty well considering we were one of the last to get hit by the economic recession and one of the first to exit. Things are looking up and this is great news for Austin commercial real estate.

Austin’s economy is one of the best performing in the state gaining nearly 8200 jobs during 2010. Over 360,000 people move to Texas every year with 55,000 of those people choosing Austin as their home. Angelou is predicting an average population growth of 3% annually which means we should exceed 1.9 million in the 5 county area (Austin Metro) over the next two years. This growth could put Austin on the map in terms of major cities across the U.S. with industries such as leisure & hospitality, government, retail trade & education & health services leading the way for growth in Austin.

While there is loads of great news for growth in Austin, we cannot afford to become complacent. And while there is growth in other industries, we continue to lose technology jobs to other cities. For Austin to grow we must continue the pursuit of luring technology companies to Austin. In a recent blog post I talked about the strength of the Austin market and that Austin is the 10th strongest commercial market nationally over the next four years. This is fantastic news for those looking for Austin office space or looking to relocate their business to Austin.

Here’s a quick overview of some of the statistics for the Austin Metro area regarding new jobs, unemployment rate, population, and retail sales estimates:

AngelouEconomics estimates that retail sales grew by 4.5% to $21.5 billion from 2009 to 2010, adding $0.93 billion in retail sales to Austin’s economy. Without a doubt, most of the retail sales increase came as result of new population growth. This is great news for retail space in Austin. If you’ve been considering opening a retail store in Austin, two of the areas with exponential growth have been the Southpark Meadows shopping center area in South Austin and the Hill Country Galleria, which is west of the city center.

All of these numbers regarding the growth rate in Austin is fantastic news—but you might be thinking “what does this mean for me and my local business?” As a business owner you need to be aware of what this means for your office space needs. We shared some of these details in a recent blog post but it’s worth sharing again as the growth in Austin continues.

There are two key things to keep in mind:

For those that lease office space what can you and your broker do now to try and mitigate these increases?

Overall, I was thrilled with the economic outlook on Austin and I’m proud to live in such a vibrant, fun, entrepreneurial city that is expected to have phenomenal growth over the next couple of years. And even though the rest of the country is getting hit hard with winter storms right now, it’s safe to say that Austin has weathered the economic storm and it poised for continued growth.