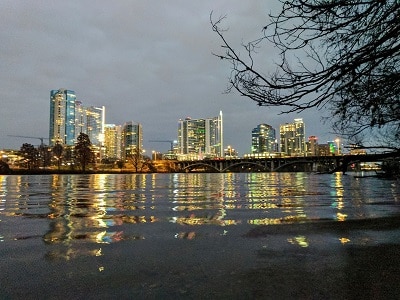 For the most part it's still a landlords market in Austin however the office market seems to have flattened a bit. Austin office base rental rates have not changed much over the last few months however the buildings operating expenses (aka NNN) have increased quite a bit primarily because of taxes. For example the NNN for the Frost Bank Tower are currently over $21 sf and taxes make up the majority of that.

There have been a lot more office subleases enter the market however that's not always a bad thing. Yes there are those companies that go out of business or downsize, however there are others who outgrow their space before their lease expires and are forced to expand elsewhere and sublease their old space.

In the past office subleases where great for startups needing shorter term office leases, however now with all of the coworking spaces in town office subleases have more competition, thus it's taking longer to get them filled.

What to Expect for the Next 12 Months

Office space rental rates in Austin are expected to remain constant over the next 8-12 months unless something unexpected occurs (.e.g. leasing activity picks up or economy slows down).  Whatever happens would still take at least 12-24 months to see the impact.

In the hot Austin office markets such as the Domain & Downtown the lack of availability means that rates will remain constant or maybe even increase a little. Construction costs are high which means landlord have to get high rental rates to justify new construction.

The Suburban office markets in Austin may see a little relief within the next 12-18 months. Depending on activity we may see landlords being a little more flexible on rates and concessions.

If you have any questions about lease rates or available office space in Austin feel free to give us a call. 512-861-0525