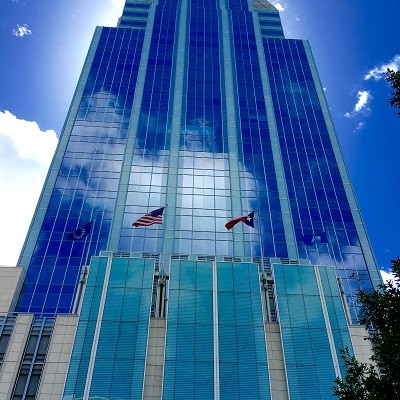 Austin, Tx continues to grow at a rapid pace.  In fact in October officials stated that the population in Austin will double in size by 2040, which would increase the number of people in the Austin Metro area to over 4 million and make it the 21st largest Metro in the U.S.  It's currently the 33rd largest metro.  This makes Austin the fastest growing metro in the U.S.  The unemployment rate in Austin is always the lowest of the top 50 metros.

How Does This Effect the Austin Office Market?

As the population in Austin continues to grow so does the demand for office space.  Rentals rates in downtown Austin are the highest they have been in over 10 years as they creeping higher than other large metro's including Miami, Chicago, and Los Angeles.   Below are the average office rental rates in Austin:

If are planning on leasing office space in Austin expect to pay more than you have in the past.  To keep costs down build out your space to be as efficient as possible so there is no wasted space.  No matter how small your space consider hiring a designer or architect to help you lay out your space the best way possible.

If you have any questions about renting office space in Austin feel free to contact us. https://www.austintenantadvisors.com/