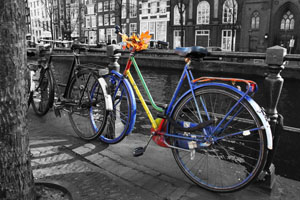 This week’s report from Nerdwallet.com cites that Austin is an 11th ideal city for cyclists. A National Bike month report conducted a survey for 52 largest cities. Biking population, funding, infrastructure and safety were factors used for evaluating these cities.

The score of each participating city was computed using the 2012 total population percentage of the following factors as basis:
1. People who have bicycles as mode of transportations to work.
2. Allocated bike federal transportation funds;
3. Capita of pedestrian projects; and
4. Miles travelled by bicycle journeys.

According to the report, Portland, Oregon ranks as the number one city for cyclists. Washington, D.C., Minneapolis, San Francisco and Seattle follow Portland in ranking as top cities for cyclists.
1.6 percent of Austin population goes to work riding a bike. The fatality frequency at the city is at 2.4 for 10,000 bikers, reveals by a study.