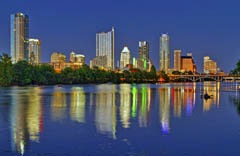 Livability.com named Round Rock as the most affordable place to live in across the United States of America. The lifestyle website used the data from C2ER and HUD to list the most affordable cities according to certain metrics like cost of living and tax rates.

Livability decided to place Round Rock on top of their list because the city’s cost of living is 7% lower than the national average. The locals received above average salaries, enjoyed cheaper home costs and lower taxes. The prices of commodities were also on the right track.