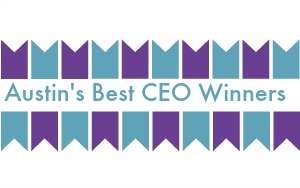 On Thursday night, 5 CEOs were announced winners by the Austin Business Journal in an awards ceremony held at Driskill Hotel for the 2014 Best CEO. These awards will honor the CEOs from different industries such as oil, retail, nonprofits, gas and technology.

The judges have evaluated the awardees from their company culture to their sales growth. A lot of nominations were considered and picked for the 2014 Best CEO award.