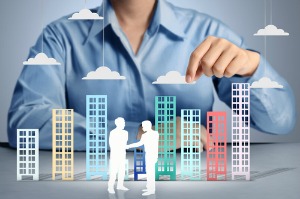 Bazaarvoice is moving it's headquarters to North Austin!  Currently it's located in San Clemente in Westlake along hwy 360, however in an effort to be more accessible to employees and clients and have more growth potential it's relocating to 10901 South Stonelake Blvd (aka Quarry Oaks).

The new space will be able to accommodate as many as 600 employees and the move is expected to take place in the fourth quarter of 2015.  It's office lease will actually start in January 2016 and according to the SEC they will be paying $27.25 sf………or $2.8 million for the first year of its lease.  They also have the first right of refusal to lease any other buildings that Riverside Resources plans to build next to this site in the future.