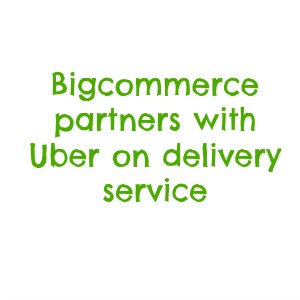 Uber is yet again making airwaves as it has now partnered with Bigcommerce for same-day delivery services. The partnership will be seen in the app called UberRush, which will allow users to purchase items using their smartphones and get the item the same day. The program has originally been introduced in New York but Uber is now expanding it to other areas like Chicago and San Francisco. It is expected that UberRush will be available for Bigcommerce users in 2016. UberRush also promises that the system will be able to improve delivery zone coverage and ensure that it will deliver its goods efficiently. The company has also opened UberRush to other businesses interested in integrating the system to their businesses.

Read more about this here: Bigcommerce partners with Uber on delivery service