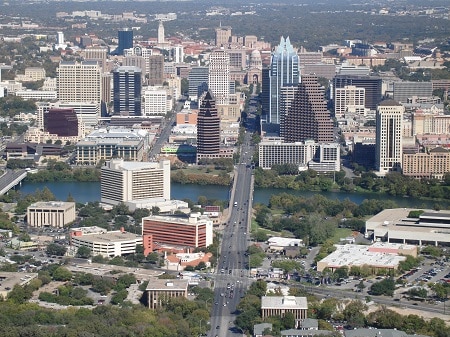 There’s a lot happening with Downtown Austin office space. The growth plans for Austin are astronomical with city planners expecting the population will likely double over the next 30 years to 1.5 million. This spring, the city is planning to adopt a new growth and development plan that will help the city start preparing for this growth.

All of this growth is also making a huge impact on jobs that are available in Austin too. According to Economist Angelos Angelou and a recent seminar he had in Austin, he’s forecasting that the Austin area will see accelerated job growth in the next couple of years — 19,000 new jobs in 2012 and 20,000 jobs in 2013, he predicted.

If you’re interested in this part of town but not sure how much to budget, the average lease rates in Downtown Austin are approximate $33SF but can range from $17-$46 a square foot depending on what class of building you are in. There are a lot of things to consider such as parking, commute times for your employees, etc. and all of this will have an impact on the type of space you choose for your business.

The downtown area is booming with development and there are several initiatives by the City of Austin to improve downtown such as improving the parks, including better rail transportation options, rejuvenating East Sixth St, and investing into the infrastructure to support the growth.

What a great place to start a business, huh? If you’ve been thinking about opening or relocating your business and would like Downtown Austin Office Space, now’s the time to start your search.