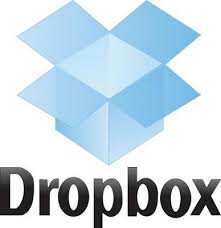 Dropbox, Inc. will increase its Austin workforce to 200 workers by late 2015, as part of its efforts to expand in Latin America.

Dropbox launches its second branch in Austin on Congress Avenue, at the intersection of Fifth and Sixth streets. It already has 40 employees in Austin. According to the vice president of enterprise strategy, Ross Piper, the launching of the Austin office is part of the promotion for Dropbox’s expansion.

Dropbox was launched in 2007. The company has 275 million consumers and 4 million business customers for remote data storage. 70 % of the total customer base of the company is living in countries other than the United States. The company’s opening of overseas offices will pave the way for Austin to become the “gateway” to Latin America.

Dublin, Ireland is the only overseas location where Dropbox operates. According to Piper, Dropbox selected Austin as a foreign gateway due to its high university-based technological innovations.

Austin granted a 10-year incentive of $244,500 to Dropbox by February because of the company’s excellent projects produced. Workers work in a temporary basis in Congress Avenue offices, just beside the foreseen permanent office of the company.

Around 90 people were in attendance on the CEO’s summit at downtown Brazos Hall. The 1992 founded Austin Software Council got a name change in 2002. From serving every local tech company three years before, it shifted to concentrating on training C-classified executives. 200 companies are now members of the council.