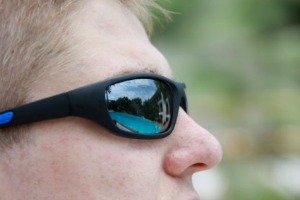 Calling the attention of gun lovers! TrackingPoint releases its new 7.62 caliber and .300 WM rifles plus a shooting headset gadget.

The company’s ShotGlass was said to possess similar functionalities as that of the Google Glass. The ShotGlass is expected to improve the shooting precision of an individual. The gadget that looks like sunglasses had a built-in camera on the right lens. It can be connected to a TrackingPoint gun and can be used to lead the gunpoint to its precise target. ShotGlass costs $995 each but will be given as free if the customer will buy one TrackingPoint gun.