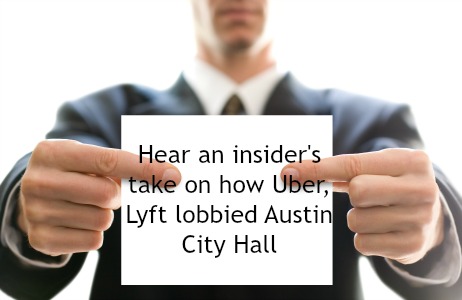 With the Austin City Council vs. TNC face-off still ongoing, it is best to ask Jim Wick as to what the Mayor of Austin thinks about the issue and what is the current updates regarding the lobby done by TNCs against the strict rules. Wick described that both Uber and Lyft lobbied regarding the new rules and stressed the importance of the public’s opinion in the issue. The interview with Wick highlights just how one can get the support of the city hall. Listening to the audio interview would also highlight the position of Wick as the advisor to Mayor Steve Adler.