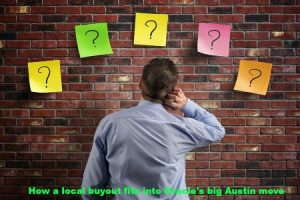 One of the biggest names in the tech industry is making another step towards its goal in entering the Austin market as Oracle recently acquired StackEngine for its Oracle Public Cloud program. It is expected that the deal will boost Oracle’s existing cloud based services and enable companies to create their own clouds privately. The company has been very secretive over the deal; however, it has announced their intentions in creating a 560,000 sq. foot office campus in East Austin that would work on its cloud computing division. In light of the announcement, they also purchased a nearby apartment that would be used for employee housing.

Read more about this here: How a local buyout fits into Oracle's big Austin move