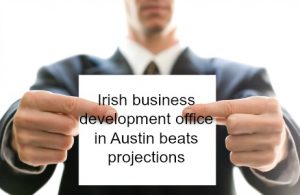 Austin doesn’t just benefit companies moving their offices to the city, but also countries looking for US investment for their territories. The Republic of Ireland is an example to this as the CEO of IDA Ireland stated that with the country’s consulate based in downtown Austin, many US companies are now expressing their desire to invest in Ireland. It is also reported by IDA Ireland that their Austin office is more productive than the other 18 offices scattered across the world in a year. They also expressed that they had selected Austin as their headquarters in the US because of its thriving economy.