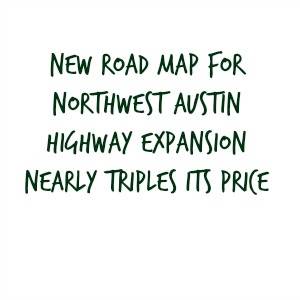 Revamping U.S. Highway 183 may prove to be pricy as the Capital Area Metropolitan Planning Organization has approved of the $650 million estimated price for the decongesting of the known highway. The amount is triple the first announced estimate price of $225.7 million for the project – spanning eight-miles from the MoPac Expressway to Texas 45 Tollway – , earning criticisms from various NGOs. Two additional toll lanes will be added in both direction and a free flyover and lanes for both north and south areas.

Currently, the area is being assessed for environmental considerations before the project is scheduled to begin in 2019.