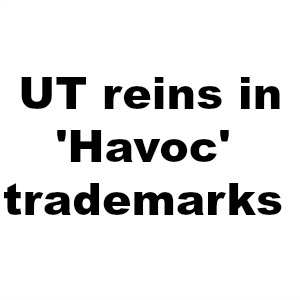 Last month, the battle between University of Texas and Virginia Commonwealth University began. The fight was related to basketball but it did not happen in basketball court. According to Craig Westemeir who is responsible for licensing of UT’s athletic department, the university first decided to file “havoc” trademark requests during the early weeks of April.

However, the latest reports said that UT has dropped its petition from the federal state for the trademark request for “Horns Havoc” and “House of Havoc”. According to VCU’s VP Pamela Lepley, they first owned the mark when they had registered it in state level.