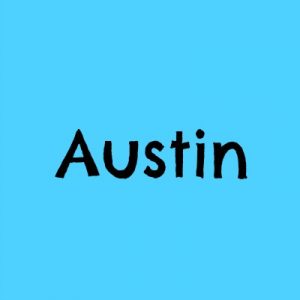 2014 was another record year for the Austin market.  With events such as SXSW, COTA, and ACL more and more people are being exposed to what Austin has to offer.  After their initial visit to one of these exciting events many people end up moving their family or company here.  Many out of state companies are choosing to relocate their head quarters to Austin or open satellite offices.  With over 100 people moving to Austin everyday the population is expected to double by 2040.

The Austin office space market ended in 2014 with 1.66 million sf of positive absorption.  Vacancy was down to 9.9% citywide.  Tenants saw a significant increase in office spaces costs in 2014 and landlords are holding back on lease concessions such as tenant improvement allowances and free rent.  Average rental rates in the Austin metro area are over $27 sf which is almost $2 sf higher than the year before.   At least 21 new office buildings which total over 1 million SF are under construction, however as many of these are over 75% leased up before completion this new supply is not expected to help lower lease rates or provide more vacancy for the next 2-3 years.  New class A office buildings are requiring rental rates of $35 to $45 sf and 5-10 year lease terms with the minimum size being 5,000 sf or more depending on the building.

The low vacancy rates and high lease rates are a result of the national economy rebounding, local companies growing and expanding, and new companies immigrating to Austin.  Tenant improvement costs have increased by 10% to 15% so many companies are having to sign 5 + year leases to get the tenant improvement allowance necessary to customize the office layout.

Prediction:  Austin office lease rates will continue to increase in 2015 so we suggest that companies start their office space searches and negotiations at least 6-12 months before the lease expiration date or ideal move in date in order to get the best rates and terms.