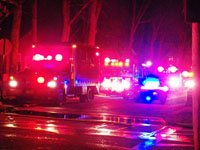 According to Bonnie Caver’s analysis which is the president of Reputation Lighthouse, the organizers of SXSW made the right choice of letting Austin police and city officials be the lead voice in the days after the car chase accident.

The car chase accident resulted in four deaths of pedestrians on Red River Street during the SXSW. Rashad Owens was the convicted driver who was charged with one count of capital murder.