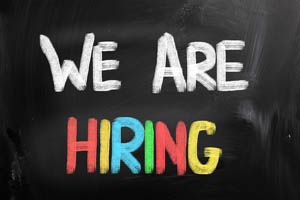 With over 110 people a day moving into the Austin metro area Austin's booming economy has stressed a lot of things – available commercial space, affordability, traffic & not having enough tech talent to fill available jobs!

Finding qualified tech talent has been very difficult for companies lately as was evidenced by Victoria Melcher, Bigcommerce's recruiting coordinator.  She dressed as a doughnut and walked around downtown Austin holding a sign that said “donut settle.”  It was her “controversial” way of marketing to techies that there are jobs available at Bigcommerce.

Another recruiting firm employee wrote “hiring java developers – call me” on the back of his car window.

With the advancement of technology it has gotten more easier to start companies, however the labor market of tech engineers has not kept up with this growth rate.  Because of that some companies such as Bridge360 are creating Military veteran programs that train participants for two months and then give them 3 months of on the job training.

MakerSquare LLC has also been growing by leaps and bounds as it attracts aspiring software developers, trains them for 10 weeks, and then helps them land jobs with software companies.

Austin, Tx is short on software developers and many headhunters and software companies expect this trend to continue for the foreseeable future.