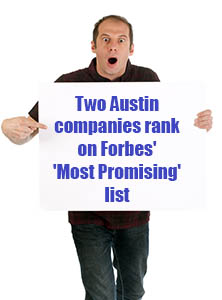 Forbes has just released this year’s 100 rising companies in the United States. The fact that two companies from Austin have been included in the prestigious list proved that Austin’s economy is really growing.

Q1 Media landed on the 50th spot of the list. The web publishing platform provider was established in 2004. According to Forbes, Q1 Media was able gain revenue amounting to $52 million last year, increasing their revenue in 2013 by 200%.

On the other hand, Phunware Inc. that develops mobile apps since 2009 took the 58th spot as it recorded a $23 million revenue for 2014.