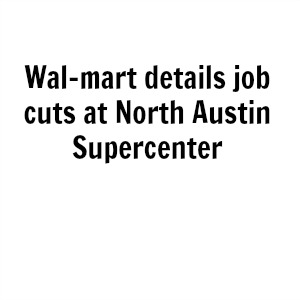 Walmart is now undergoing several changes in its marketing strategy due to the fierce competition and recently announced a massive job layoff. The known marketing giant has announced the closure of their Supercenter in Northwest Austin. Although it is unclear when the store will actually close due to conflicting dates given, the layoff will not grant bumping rights for senior employees. However, they can apply to other Walmart branches once the layoff and closing is finalized. Currently, the competition faced by Wal-Mart comes from E-commerce businesses and as a result, it has been closing several stores in the country and worldwide to keep up.