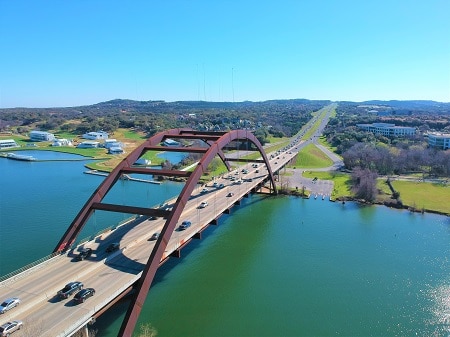 The 360 Bridge in Austin, Texas is a steel arched bridge that spans the distance of Lake Austin (1,150 feet long) and connects the North & South sections of  the Capital of Texas Highway (also known as Loop 360 Hwy).  It is considered as one of the most scenic urban highways in Tx thanks to this bridge. Surrounding the bridge are miles of beautiful Texas hill country, expensive homes, and a handful of class A office spaces in Austin.

It's more commonly known as the 360 bridge however was named after Percy Pennybacker Jr who was a pioneer in welded structure technology and designed bridges for the Texas Hwy Department in the early 1900s. 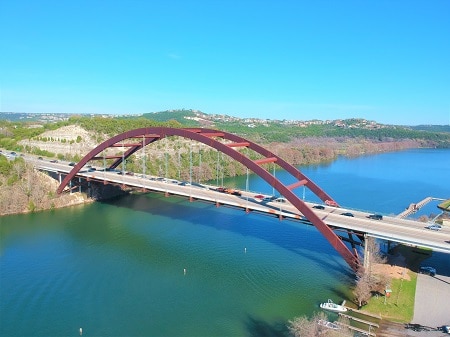 arched design was created to avoid having support columns because Lake Austin is very popular with water skiers, wake boarders, and boaters.

Lived from 1895-1963. He earned a civil engineering degree from UT, served as a captain in the Army in WWI, and learned about welded construction in WWII. By incorporating the use of welding for bridge design he is credited for saving the State of Texas millions.