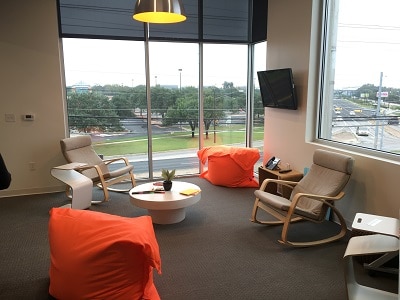 50 years ago when companies first started using cubicles they were meant to encourage worker collaboration & flexibility, however these days they are a symbol of a stagnant non-active office environment. Now they are used to squeeze more people into one room rather than stimulate idea sharing. The photos on this blog post are from a couple creative office spaces in Austin Tx.

People need to get out of the cubicles, move around, and engage & communicate with others they work with. Office spaces that don't support flexibility & movement end up making people not want to come to the office which can hinder productivity.

Companies need to design active workspaces that allow employees to stand or sit whenever they want to. They need multiple rooms to move about and communicate with other fellow employees. You know the old saying…….Think on One's Feet. Well if you are in an active workplace you maybe already standing and thinking on your feet. With movement in the workplace people will have more energy and not have the energy sucked out of them from sitting all day. 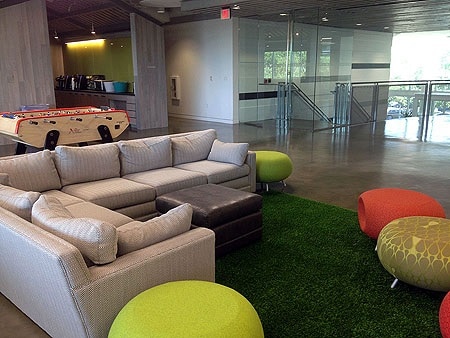 Ideas For an Active Workplace

The goal is to elevate the energy of your office space. It does not cost an arm and a leg to implement an active work environment. It just takes a little thinking outside the box. Companies have been using cubicles for over 50 years so change won't happen overnight, however each little change toward an active workspace will pay dividends for years to come.