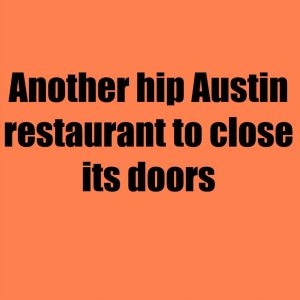 Austin will be losing another specialty restaurant this coming March as vegetarian-specialty restaurant Gardner announced that they will close its doors on March 11th. The owners of the restaurant stressed that despite this closure, another restaurant will be using the same space in the coming months with a new look and food offerings. It is expected that the new restaurant would be specializing on charcoal/woodfire cooking and open in the last week of March after retrofitting the building and redecorating the restaurant.

Before the announcement of its closure, Gardner was recognized for its world-class interiors by top architectural magazine, Architectural Record.

Read more about this here: Another hip Austin restaurant to close its doors