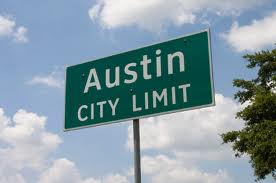 Driven by continued population growth and employment, the Austin economy should continue to outshine the rest of the nation. The question is, how much? Prognosticators estimate that the region’s employment rate will experience a 3% growth rate while adding approximately 70,000 new residents, totaling over 1.9 million in total. Retail sales are expected to surpass an unprecedented $30 billion in the upcoming year as a growing and vibrant real estate sector continues to press home prices upward.

Tech Industry
While Dell and Advanced Micro Devices either contracted or remained flat in 2012, Apple, Samsung, Cirrus Logic, Intel, Mutual Mobile and Calxeda experienced growth. All have a part to play in the growth of mobile technology such as tablets and smartphones. Meanwhile, Visa, Inc. is building a worldwide data center on Research Blvd. that is expected to staff almost 800 employees.

State Government
Texas has long been known as a business-friendly state and manufacturing looks to be at the forefront this session as Speaker Joe Strauss, Jr. wants a legislative overhaul of the sector. With 15% of the state’s economy employing over 800,000 workers, manufacturing plays a crucial role in the diversification of the state’s economy. Incentives will be offered to lure businesses to expand or relocate in the state, including the Chapter 313 exception on school property taxes scheduled to expire this year unless the Legislature moves for renewal.

Venture Capital
In 2012, Austin startups had a good year tapping into venture capital and 2013 looks to be much the same. For the first nine months of 2012, Austin entrepreneurs harvested $474 million, a 13% jump over the same period in 2011. Entrepreneurs in Austin also have a wider choice of incubators and other accelerator programs to help jumpstart opportunity in 2013.

Video Gaming
The industry is in flux with the ongoing transition from traditional platforms to mobile smartphones and tablets. Austin is poised to take advantage of its gaming talent as industry players such as Electronic Arts, Zynga, BioWare Corp. and Vigil Games all have a presence in town.

Commercial Real Estate
Locally, commercial real estate flourished in 2012 and the prognostication is bullish for 2013. While occupancy and rental rates continue upward, sizable chunks of space are increasingly hard to find in the Commercial Business District (CBD) and the Southwest market. Class A office space looks to become particularly tight throughout 2013 with average occupancy forecast over 90% throughout the region.

Residential Real Estate
As is the case on the commercial side, Austin residential real estate market looks to remain formidable in the coming year. Meantime, payrolls are increasing twofold over the national average; total employment is 6% higher than before the economic downturn in 2008. And state government, with its significant impact on Austin’s economy, has reached its nadir from 2010 budget deficit downturn. Unemployment dropped to 5.8% while the labor force continues to grow.