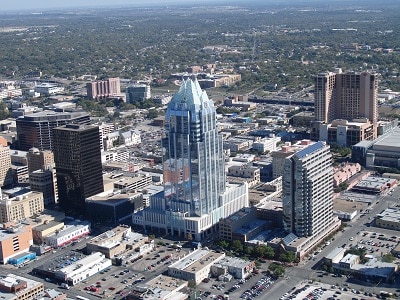 The secret is out.  Everyone who visits Austin, Tx can't wait to come back for a visit or move here.  Current residents (aka Austinites) never want to leave.   Austin is the capital of Texas, the 4th most populated city in Texas, and the 11th most populated city in the U.S.  It's the fastest growing city of the 50 largest cities in the U.S. and is located in Travis county which is part of the five county metropolitan area, Austin-Round Rock.

Where is Austin, Tx Located?

Austin is located in Central Texas 150 miles Northwest of Houston, 160 miles South of Dallas, and 75 miles North of San Antonio.  It's in the foothills of the Texas hill country with elevations that range from 425 feet to 1,000 feet above sea level, which means it's a lot hillier than most other Texas cities.

Where Did Austin, Tx Get its Name From?

The city of Austin is named after Stephen F Austin, considered to be “the father of Texas”. Stephen was born in 1793 in the mining district of southwestern Virginia (now known as Austinville) to Moses and Mary Brown Austin. In 1819 Moses travelled to Spanish Texas and received an empresarial grant to settle in Texas. However, Moses caught pneumonia upon his return to the US and left his empresario grant to Stephen before he died.

As an empresario, Stephen was granted the right to settle on Texas land in exchange for enlisting and taking responsibility for new families of settlers. While Austin was recruiting American families to settle in Texas with him, Mexico gained independence from Spain in 1821 and immigration laws were redrawn that could have scuttled American settlement in Texas were it not for the young Austin convincing the new government to uphold the empresario grant he inherited.

The first 300 families of Austin’s colony arrived in 1825. Austin obtained grants for an additional 900 families until 1829. In exchange, Austin received 67 thousand acres of land for every 200 families he brought with him. To protect these vast lands, Austin organized armed groups that later evolved to be known as the Texas Rangers.

Stephen Austin was active in Texas politics from then on until it gained independence from Mexico, and was appointed the first secretary of state of the Republic of Texas. Austin died in 1836 while Houston was still the capital of Texas. 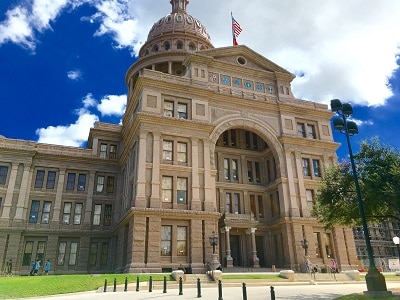 How did Austin become the capital of Texas?

In 1839, the Texas congress created a commission that would seek a new site for the capital to be named after Stephen F Austin. Mirabeau B. Lamar, then president of the Republic of Texas, encouraged the commission to consider the area called Waterloo with its rolling hills, rivers and streams, and pleasant environment.

“The drawing-rooms of one of the most magnificent private residences in Austin are ablaze of lights. Carriages line the streets in front, and from gate to doorway is spread a velvet carpet, on which the delicate feet of the guests may tread. The occasion is the entrée into society of one of the fairest buds in the City of the Violet Crown.” -chapter 2 of Tictocq, O. Henry

Lamar never met nor read O Henry, but what he may have seen, while on a buffalo-hunting trip, may be as beautiful as a violet crown on the hills and buildings of his future city.

To this day, Austin is called the “City of Violet Crown” due to the effect of a unique atmospheric phenomenon known as Belt of Venus which turns the sky violet during sunrise and sunset.

What is the Weather & Climate Like in Austin, Tx?

Austin has a kind of humid subtropical climate.   The summers are long and hot with temperatures reaching high 90s°F in July and August.  But this is interrupted by warm transitional seasons leading to short, mild winters with temperatures ranging from a low of 45°F to a high 63°F from December to February. There is relief from the heat as Austin’s annual average rainfall of 34.32 inches is uniformly distributed during the year.  Snowfall is very rare in Austin.

It is estimated that about 5.3% of Austinites identify as Lesbian, Gay, Bisexual, or Transgender, the third highest rate in the nation. Quite fitting as Austin is a Liberal City.

Some of Austin's Largest Employers

Austin is also known as “Silicon Hills” since the 1990s due to the spurt of technological companies in the area. Some of the biggest employers in Austin are tech companies like Dell, Freescale Semiconductor, Inc. (acquired by NXP Semiconductors in 2015), and IBM Austin Research Laboratory (ARL).

Austin was listed by Forbes as “#1 Boom Town” in 2015 because of economic strength and job security.

Outside of tech and life science giants, Austin also a strong association of independent, locally owned firms. The support base for such a vibrant economy lies in the educational institutions in Austin.

The Travel Channel voted Austin as the “No.1 College Town” in America with almost 9 out of 20 Austinites age 25 and older are bachelor degree holders, while 3 in 20 Austinites have graduate degrees.

The University of Texas in Austin has the seventh largest single campus enrollment in the country at almost 51,000 students; over 39,600 of which are undergraduate students while 11,300 are postgraduate students. It has an endowment of $3.27 billion, and its research spending reaches almost $600 million every year. Its business, engineering and law programs are ranked highest in the state of Texas.

Austin also recognizes other learning methods such as homeschooling, and is also home to development institutions such as Center for Autism and Related Disorders, and the Johnson Center for Child Health and Development.

Other parts of Texas refer to Austin as the “People’s Republic of Austin” for being a liberal city in a highly conservative state. Although the city may be described as a mixture of suburban conservatism and downtown liberalism, the city generally leans left on most political issues.

The city generally votes Democrat, with Texas Governor George W Bush as the last Republican presidential candidate to win an election in Austin back in 2000. While In 2003, the city approved a resolution against the USA Patriot Act, which President GW Bush signed into law in 2001.

More than political parties, most Austinites come together on environmental issues. In 2012, Austin was one of a few Texas cities that banned the sale and use of plastic bags. Most importantly, environmental issues have matured into debates on how to create or preserve Austin.

With such maturity in tackling issues, it is no wonder that the FBI ranked Austin as the 2nd safest city in the country in 2012. 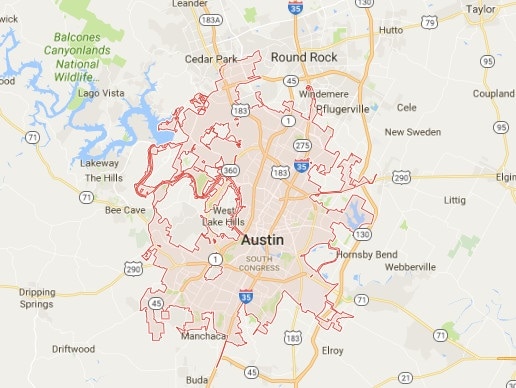 All together Austin has over 18,000 commercial properties with a combined rentable square footage of 303,000,000 rsf. That is a lot of CRE! However we are just at the tip of the iceberg. Everywhere you look there are cranes in the air building new buildings. There is over a million sf of additional office, retail, and warehouse space in Austin being built at this moment to fulfill the huge demand as local companies expand and other out of state companies decide to relocate here.

If you are a company that is considering expanding or opening a new Austin office feel free to give us a call.

Art's and Culture in Austin

Out of their concern over Austin’s “rapid descent into commercialism and development”, Red Wassenich, a librarian at Austin Community College, and his wife Karen Pavelka, coined the phrase “Keep Austin Weird”.

The phrase has been used in different ways from promoting Austin’s diversity to rallying support for local business, but it continues to be a symbol of resisting development projects that threaten the environment and culture of Austin.
Here are two of many events that highlight Austin’s eccentric culture.

The “O. Henry Pun-Off” which takes place every May at the O. Henry Museum started in 1978, is a yearly competition that gathers fans of wordplay to celebrate the pun.

“Eeyore's Birthday Party” is an annual festival named in honor of AA Milne’s character Eeyore from Winnie the Pooh stories. Hosted at Austin's Pease District Park during last Saturday of April and normally lasts a day. Started in 1963, specific events are performed for children and families.

Austin, Tx is The Live Music Capital of the World

Austin has a lively live music scene with more music venues per person than any other US city. Austin’s live music scene is exemplified by South by Southwest (SXSW) an annual blend of film, interactive media, music festivals as well as conferences. It takes place in mid-March events running simultaneously of six to 10 days. The various nightclubs along 6th street feature live performances every night.

Other music events include the Austin Lyric Opera performing several operas every year, and the Austin Symphony Orchestra and their range of classical, family and pop performances.

The Long Center for the Performing Arts seats a capacity of 2,300 viewers, while Ballet Austin is the fourth largest ballet academy in the country.

Transportation isn’t a problem in Austin with highways and freeways running through central and north-central Austin such as interstate 35 on the east side and Mopac Expressway (aka Loop 1) on the West side. Hwy 183 runs from the Southeast to the Northwest. Capital Metro provides bus as a means of transportation in the city, while Capital Area Rural Transportation System connects Austin with outlying suburbs.

Austin Metrorail serves downtown Austin, North Central Austin, East Austin, Northwest Austin, and Leander.
Austin is considered the most bike friendly city in Texas. Most museums and parks are easy to reach with the bus and rail system.

Museums in Austin include the galleries at the Harry Ransom Center, the Elisabeth Ney Museum, the Texas Memorial Museum, the Blanton Museum of Art, the Bob Bullock Texas State History Museum, and The Contemporary Austin.

The Austin Parks Foundation (APF) was created in 1992 to develop parks in Austin which spans a total of more than 29,000 acres.

This is Austin, the locals may want to keep it weird, in doing so they made it one of the best and safest places to live in.