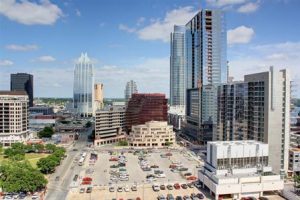 The Austin Tx office space market remains tight as occupancy rates have increased from the third quarter. This trend, evident throughout most of 2012, applies to properties available both for sale and lease. Thanks to sustained job growth in virtually all economic sectors, the upshot is that demand – and rates – for the geographical markets found in the Austin – Round Rock – San Marcos Metropolitan Statistical Area (MSA) have impacted the availability of prime office space (i.e., Class A properties) as well as other, less desirable properties. The vacancy rate in the Austin MSA remains below the national average, as it has for the past several quarters, and continues to drop even with the delivery of newly constructed facilities.

Lease Rates Have Increased & Will Continue to Do So

Naturally, given the metrics of supply and demand, lease rates have increased and market indicators appear to forecast an upward track for the forthcoming year. This is particularly true for the bellwether Austin Central Business District(CBD), which has among the highest rates per square foot and Rentable Building Area (RBA) for all three property classes in the Austin MSA. Other markets including the tech heavy northeast, Round Rock and the South/Southwest (e.g., Bee Cave) show sustained residential and commercial development.

With the average asking rental rate for available office space (all classes) at approximately $26 per square foot, it should be obvious to the lessee that a business plan should be devised to take advantage of the certainty and continuity of lease rates. With current and future needs in mind, the lessee should consider negotiating expansion options to lock in rates for available space.

Demand is High for Office Space in Austin Tx

To give an idea of the demand for office space in the Austin MSA, consider the occupancy rates of recent deliveries. For example, the Cedar Bend Professional Center, a facility with 70,200 square feet that opened last quarter is already 95% occupied. Another building that delivered last quarter is a building located at 12319 Mo-Pac Expy with 36,000 square feet and a reported 90% occupancy. Near ABI, the MetCenter Business Park has opened Building Four with its newly constructed 172,800 square feet to tenants. This area is certain to be popular for data centers and telecom providers given its incredible fiber optic redundancy and connectivity options. In the process of opening its doors to occupancy is The Capella at Lake Travis, a mixed-use facility featuring a total of 125,000 square feet for lease that is rapidly reaching capacity. Note that these properties are scattered across the Austin MSA, an indication of the growth that the area continues to experience.