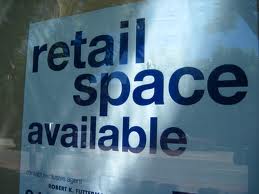 Showing continued vigor, Austin Tx retail space vacancy rates in the Austin Metropolitan Statistical Area (MSA) remain at around 5%. This continues a trend seen over the past few quarters. While asking rental rates remain constant in comparison with the prior quarter, they are up from levels seen in 2011.

Occupancies remain strong; for example, a 120,000 square foot Walmart Supercenter with subtenants including Subway opened in Lockhart during the third quarter. Meanwhile, The Trails at 620 containing 92,766 square feet of retail space that delivered in the first quarter of this year is now 94% occupied. Vacancy rates are astonishingly low. General retail, the category with the most GLA, is reported to be below 3%. Mall vacancy rates are even lower at 1.5%. With over 82 million square feet of retail space in the Austin MSA, retail continues to flourish as more people move into the region. The profusion of shopping options indicates continued population growth and diversity.

As bellwethers of continued demand for retail, consider the projects that have opened this quarter or scheduled to open in early 2013. Building B of Parkside Village at Circle C Ranch was 50% preleased before opening. Redevelopment in east Austin continues apace as retail markets on E 5th Street and Cesar Chavez open in 2013 – the 5th Street project already has 62% of its total square footage preleased. The high profile Broken Spoke retail area on South Lamar looks to open after the first of the year. In Round Rock, the Shops at Avery Ranch continue to add capacity. More retail space is added to the mixed use urban village at Mueller. These and many other properties under construction in the Austin MSA are beacons of the area’s robust retail presence.

In general, construction projects in most markets throughout the Austin MSA show high levels of preleased inventory, a sure sign of strong demand for retail. In fact, Cedar Park, and the northern markets are 100% preleased. In the East Market, 93% of a total 334,806 square feet of GLA has been preleased. These indicators bode well for future retail development.