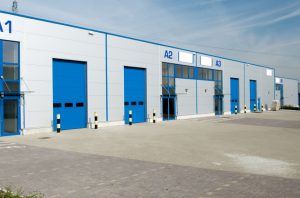 Continuing a trend seen in recent quarters, industrial vacancy rates hover at around 10%. Asking average rental rates began the quarter at $6.72 per square foot per year, showing a slight decrease from the previous quarter. Austin’s warehouse space vacancy rates have been slightly higher than the national average during the past two years.

On the heels of the 1.2 million square feet of positive net absorption that occurred in the third quarter – a gain due in large part to the lease of 472,659 square feet of warehouse space by a logistics supplier for Samsung Electronics – was the decision in October of Dell Electronics to vacate over a million square feet of office and industrial space. This vacancy is expected to be filled by Samsung and Apple, which demonstrates the diversity of Austin’s tech sector. If Dell were a steel company shuttering manufacturing, it would likely devastate the area for the foreseeable future.

Industrial space falls into two categories: warehouse and so-called “flex” properties. A “flex” building is defined as a multifunctional facility serving a variety of business functions that may include office, research and development and sales as well as warehouse and distribution uses. Historically, flex properties have a higher vacancy rate than strictly warehouse spaces as well as a higher average cost per square foot. In the Austin Metropolitan Statistical Area (MSA) the ratio between the warehouse sector and the flex sector is 3:1 in terms of total Rentable Building Area (RBA) which incidentally is much higher than the national average of approximately 6:1.

As noted above, for the most part industrial landlords have avoided any hikes in rental rates, which is remarkable considering that the third quarter increase almost equals the annual absorption for the past four years combined.

You can read more about our warehouse space: www.austintenantadvisors.com/warehouse-space/