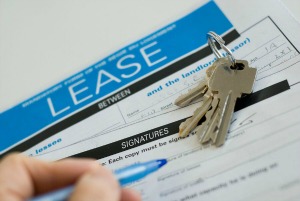 If you are not familiar with the Austin market it can be difficult to decide whether you should open your office space in downtown Austin or in the suburbs.  There are several factors a business should evaluate before signing a lease so to help you make an informed decision we have shared a few below.  If you would like more info feel free to contact us.

Cost
Office space is typically more expensive in downtown Austin than it is in the suburbs. When comparing all classes of office space gross lease rates in downtown Austin currently average $45 to $50 sf while office lease rates in the suburbs range from $29 to $31 sf.  The tradeoff being downtown is walkable which means your employees are able to walk to all their favorite restaurants and other forms of downtown entertainment.  Office space in the suburbs will be less however your employees will have to drive more to and from work, to lunch, and to run errands.

Pool of Talent
In the 1960's and 70's there was a migration of companies from the city to the suburbs. Now you are seeing many software and high-profile tech companies such as Google, Uber and Dropbox move their offices and in some cases their headquarters to downtown Austin. This puts them closer to the talent pool that they are trying to recruit. Most of Austin's educated millennials and younger talent live in and around downtown Austin so having an office there makes it easier to recruit and retain them. According to a 2014 City Observatory Report more and more 25-34 years olds with bachelor's degrees are moving into the central and downtown areas of the nations cities.  This number has jumped up 37% since 2000 as more millennials would rather live and work in a walkable, downtown urban area.

Transportation
Thanks to startups such as Uber and Lyft owning a car is not as important for downtown Austin dwellers. The co-founder of Lyft, John Zimmer predicts that within 5 years most millennials will not need a car.  There are a lot of skeptics about this statement however it is a fact that the number of cars purchased by people age 18 to 34 decreased by 30% between 2007 and 2011.

You would think that this is all bad news for suburban office buildings in Austin however in this market they are doing quite nicely with vacancy rates of 7%-9% and average lease rates of $29 to $31 sf.  Regardless, having a suburban office means your employees will have few convenient amenities and requires them to drive more.  This may change over time however as more suburban office projects are built complete with state of the art amenities and as more apartments are built in closer proximity allowing employees to walk and bike to work.