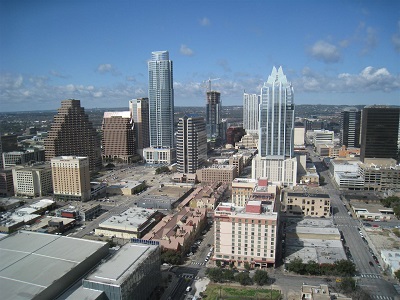 There is a crazy dynamic going on in the Austin office space market that Landlords are thrilled about!  Thanks to strong job growth, strong economy, and the migration of more startups to Austin, office space vacancy rates are the lowest and rental rates are the highest they have been in 10 years.

As a tenant is who leasing office space in Austin for the first time or facing an office lease renewal soon landlord expectations are high so it's important that you know how to negotiate the best rates and terms.

As a startup you may wonder why landlords are not accepting your offers.  You may think that it's just because the market is tight and there is a lot of competition for space, however there is more to it than that.  Although landlords are grateful for having startups in their office buildings the market has changed and they are able to be a lot more selective in which tenants they lease space to.

There is no denying that startups are a riskier investment for a landlord than an existing company with great credit and profitability.  Landlords look at tenants as revenue streams and each tenant has a certain level of risk based on their credit, years in business, management, etc.  Ideally they want to diversify their tenant portfolio across all their buildings.  They want leases to expire on different dates so they don't end up with all their tenants vacating at the same time AND they need to have tenants with GREAT credit to offset the risk for those tenants with marginal credit.

Back in the dot com era there were A LOT of startups that went out of business.  When that happened it left landlords holding A LOT of vacant space and all the tenant improvement allowances they gave out went down the toilet.  Because of this they are much more conservative now.  And because the office space market in Austin is HOT landlords can be a lot more selective.  To decrease their risk they prefer tenants with great credit that are profitable.

If you are a startup who is competing for Austin office space with a non-startup (with a great financial track record) on even terms most landlords who already have a lot of startups in their building are more than likely going to choose the less riskier tenant.

It's hard for Landlords to evaluate a startup company's credit

Landlords everywhere, even in Austin, Tx, struggle to determine a startups credit risk.  The typical way a landlord will evaluate financials is with a tenants financial statements (profit/loss statement, balance sheet, etc..).  When you review a startups financials they never show well.  Even a startups with low overhead typically have costs exceeding revenue, low cash reserves, etc.  Landlords do love the idea of having a well known startup in their building however they are afraid that they will go out of business before their lease expires.

Landlords want to cash in on longer lease terms

The Austin office market is tight and we don't have that magic crystal ball to know when this ride will end.  Because of that Landlord's are taking advantage and pushing for longer lease terms regardless if it's in the best interest of the tenant or not.  Landlord's want to lock in the lease rates before the market goes back down.  In downtown Austin for example most landlords want a minimum of a 5 year lease!  In some buildings it takes a 7-10 year lease to secure the space.

Even the best Austin startups can't see that far ahead.  Startups needs shorter lease terms.  5 years or longer is too risky and landlords know this.

Landlords are tired of dealing with subleases.

Many startups out grow their space and end up having to move out before their lease expires which means they have to sublease their existing space.  This is great news for the startup however a pain in the butt for a Landlord who has to deal with the sublease approval process, spend money on landlords, etc.

Landlords know that the economy will go down again

In 1999 we peaked, in 2000 we busted.  In 2007 we peaked, in 2008 we busted.  Economic markets typically go up and down every 7-10 years.  In 2018 we will be at the 10 year mark.  Landlords know this so they want to lock in high lease rates NOW and lock in long lease terms that will make them more money.  Landlord's do not want to be dependent on startups that will need more funding when the market dips.

As a startup you may think that ALL landlords will simply take a larger security deposit (typically from your venture capital) to secure the lease and reduce the landlord's risk.  While this may work in some situations it won't in others.  Landlords would still prefer a good credit tenant with a strong track record.  They also want to avoid other problems that may arise later on.

Landlords know that when a startup starts to struggle they will ask the landlord to take back some or all of their office space.  If the startup signed a lease when rates were low and the market is now heating up some landlords may do this as they can release the space for more money.  However if the startup signed the lease when rates were high (at the top of market) and NOW the market is dipping landlords have nothing to gain.

So what is a startup to do to get landlords to lease them office space in Austin?

The reality is that Austin office lease rates are the highest they have been in 10 years.  If you want to be a startup in Austin Tx then you are going to have to pay the lease rates.  You are going to be in a very competitive market with office space getting leased quickly, sometimes even before they hit the market.  And in most cases you will be forced to sign longer leases than you prefer.  But of course first you have to get the landlord to choose your tenancy over that existing company with a track record and awesome credit!

Getting a landlord to lease space to you over someone else is a good reason to work with an Austin commercial real estate agent.  Landlords typically trust the judgement of Austin tenant reps who are active in the Austin market.  And when they pitch you as a tenant to the landlord it goes a long way!