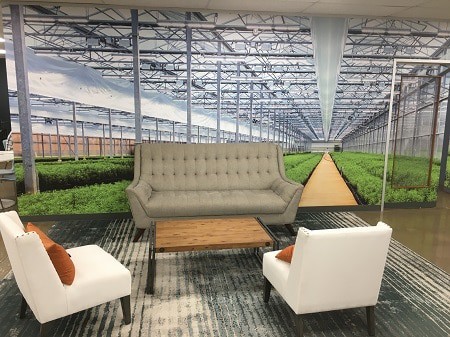 If you are trying to lease office space in Austin you have probably noticed that many landlords won't agree to anything less than a 5 year lease. Don't think that just because a space is vacant that a landlord will do a short term lease. Just because a space is vacant doesn't mean they are not making money especially in a multi-tenant building that is mostly occupied.

Obviously landlords prefer long term tenants because it makes their investment more stable and profitable, however there are other reasons why they won't do anything shorter than 5 years that I will explain below.

They have a lot of interest in the space

If the space has a cool “creative” build out and/or is in a great location (e.g downtown Austin) you can bet that there will be a lot of interest in it. Most companies these days are looking for similar space…………cool creative spaces with open layouts, a few offices and a conference room, and break area. If a landlord is getting a  lot of activity on a space they are going to give first dibs to the company that is willing to sign a 5 year lease. It doesn't matter if you submitted your 3 year proposal first. If another company comes in behind you that is willing to do a longer lease expect the landlord to give them preference.

If you are only able to commit to a 3 year lease then it's important that you be negotiating multiple options at the same time, because it's highly likely that one of those spaces gets leased out from under you to a group willing to sign a longer lease.

The space needs a lot of tenant improvements

If a space just needs carpet and paint the landlord might consider a 3 year lease unless there is a lot of interest in the space as discussed above. However if the space needs a lot of work (e.g. carpet, paint, remove walls, build new walls, hvac, electrical, etc..) then the landlord will need a longer lease.

Landlords are in the business of making money when they rent office space. The more a landlord spends on improvement costs the longer lease they need to be able to recoup that initial investment. It would not make sense for them to spend more money on a space than what they are able to receive in rent payments. A longer lease gives them more time to amortize the costs and be profitable on leasing the space.

For example, say you were leasing 2,000 sf office space in downtown Austin at $8,000 per month and the landlord offered to give you a $40,000 tenant improvement allowance. Keep in mind that about $3,000 of that is operating expenses (aka nnn). With a 5 year lease the landlord is able to amortize that cost over a longer period of time thus allowing them to be profitable sooner.

It's a Class A Office Building

There are some class A office buildings that will do 3 year leases, however most of them are willing to wait for a company that is willing to sign a 5 year lease. These buildings don't like to have tenants always moving in and out. They prefer to lease to established companies with great credit that have the confidence in their business to sign longer leases. Most companies that lease class A office space also like to have nice finish outs which warrant a longer lease because of the high build-out costs.