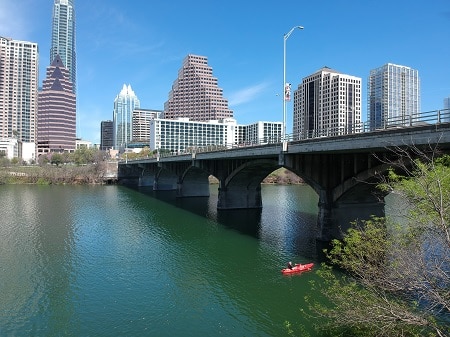 There are many things to consider when negotiating a commercial lease such as rental rate, operating expense caps, rent commencement dates, etc. There are also several options that a company must consider that if not negotiated properly can have a significant impact on the current and future business. Some tenants don't know about them or don't know how to negotiate them, however when you understand them you will realize how important they are. If you would like help negotiating a lease consider hiring a commercial real estate company like Austin Tenant Advisors. In the meantime you can learn about them below.

What are Commercial Lease Options?

An option in a commercial lease gives the tenant the control, the choice, or the right to do something. Landlords don't have to give options to you. You Must negotiate them if you know how. Some of the most common commercial lease options are the option to renew, expand, or sublease. There are typically requirements around the options (e.g. time frame to exercise) that the tenant has to meet however at the end of the day they have the ability to accept or reject the option during a specified time period. Without these in many cases it can be a huge inconvenience for a company down the road.

Most commercial leases are 3-5 years. At the end of that lease term the landlord can lease to another tenant or will allow you to renew the lease. However, if you negotiated a lease renewal option during the initial lease negotiations you have the control. You typically have to make your decision during a specified time period (e.g. no later than 180 days before the lease expires) however you have the option to renew the lease or move out.

Commercial lease renewal rates are typically negotiated at a predetermined fixed price or at fair market price which is determined by pre-negotiated criteria.

Benefits of Having an Option to Renew the Lease

Unexpected things happen. Your company could merge with another or get acquired. You may have to downsize or maybe growing and your current landlord doesn't have anymore space, which means you would have to rent commercial space in another building.

If anyone of the above happened you would have to have the ability to sublease or assign your lease. Without this you would be stuck with the space. Having a sublease option gives you the ability to rent the space to another company. Of course the landlord has to give final approval however having this option can sometimes get you out of a bind.

For growing companies the ability to lease more space later on is important. Landlords like long term tenants are and likely to agree to an expansion option in the event you need more space, as long as they have it. Some expansion option may have an expiration date associated with it. Meaning you have until XX date to expand into a certain space and the deal terms would be the same as your original lease.

If you have negotiated this then there is probably some vacant space adjacent to you or somewhere in the building that you would like to expand into if needed. Having a right of first refusal requires that the landlord give you first choice on a pre-negotiated deal on pre-determined space. So let's say there is a space next to you and another company negotiates a deal with the landlord to rent it. The landlord has to take that deal that they would accept and offer it to you. You get to choose whether you want that deal or not.

If you have negotiated a right of first offer then anytime pre-determined space becomes available the landlord has to give you the first choice before offering it to someone else.

Landlords don't give these too often however they are good to have in the back pocket. In most cases if they agree to one they will require that you pay the unamortized tenant improvement costs and lease commissions. Additionally they may tack on a few months of rent as an early cancellation fee. There is also typically an expiration date tied to it. For example the lease may say that can't termination until the 24th or 36th month of the 5 year lease.